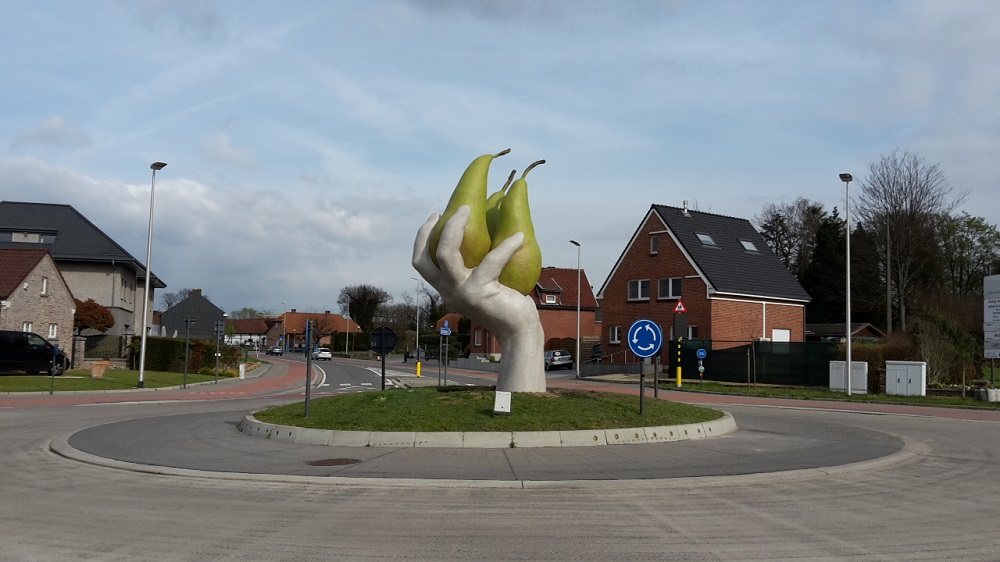 1. CONCEPT
The competition, design and study phase of this project ran from summer 2018 to summer 2021, the work itself was realized from October 2021 until installation at the beginning of April 2022.

The statue shows a hand with three Conference pears. The hand symbolizes strength, balance and openness, while the graceful pears refer to the delicious fruit that is so characteristic of the ‘Haspengouwse’ landscape. It is a tribute to the hard physical labor on the land. Having participated in the pear picking myself for years, I have great respect for the labour, patience and trust required of the farmer.

2. STRUCTURE
The statue has an internal steel structure consisting of 14 square tubes welded together. All forces transfer to one central tube that is anchored to a concrete foundation sole by means of a foot plate. The weight of the total work is approximately 2 tons. The total height from ground level to the top  is +/- 5.5 mtr.

3. EPS MODEL
The EPS model is based on a 3D scan of a real hand with pears. The digital model was machined to a 22:1 scale from large EPS blocks with a density of 25kg/m3. The model was divided into several separate modules that could be placed around the steel structure using numbering and a laying plan. An offset of approximately 1cm was provided in the EPS blocks around the steel structure, which was mainly necessary to compensate for the difference between the digital computer model and the hand-welded steel skeleton. The modules were glued together with a light-foaming PU glue. The seams were then repaired with a light shrink-resistant renovation paste.

4. LAMINATE WITH A1
After assembly of the EPS modules, the work was laminated with three layers of A1 reinforced with a triaxial fabric 150gr/m2. Sufficient drying time was chosen between application of the layers so that irregularities could be sanded smoothly. The layers of triaxial fabric were staggered from each other. A small amount of thickener (Thix) in each layer of A1, resulted in a slightly less runny composition which made it easier to use. As the fourth layer, the triaxial fabric was replaced with fine dried quartz sand with M32 grain, weighing identical to the weight of A1 Liquid.

5. FINISHING, TRANSPORT & INSTALLATION
The pears were painted with a moisture-resistant and vapour-permeable matte paint, applied by roller. A sponge technique was used to obtain the colour nuances that are so typical for the Conference pear.

After painting the pears, the hand was finished with a final layer of A1 to which, in addition to quartz sand, a small amount of black pigment was also added to obtain a concrete look.

A two-layer sealer, diluted with water, served as a finishing touch. To add a little more shine, a satin sealer was chosen for the pears. For the hand, a matte sealer was chosen. With the first coat of sealer and adding black pigment to the mix the hand received depth and perspective. The stems, printed in a bioplastic based on maize starch, were also provided with a three-layer triaxial fabric (150gr/m2), painted in two layers and finished with a double satin sealer. A paintable moisture-resistant kit between pears and stems ultimately ensured an almost seamless transition. 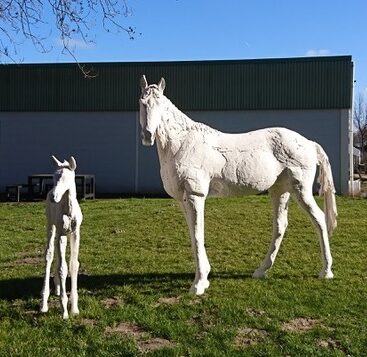 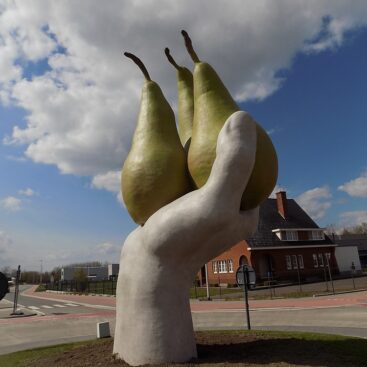 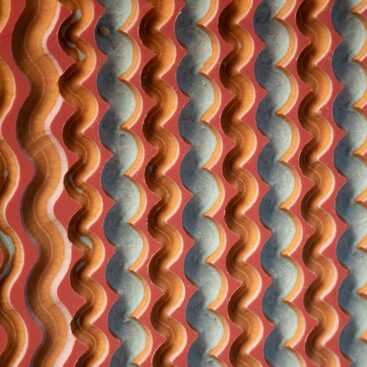 The objects are made... 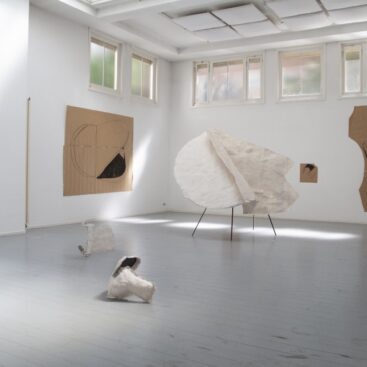 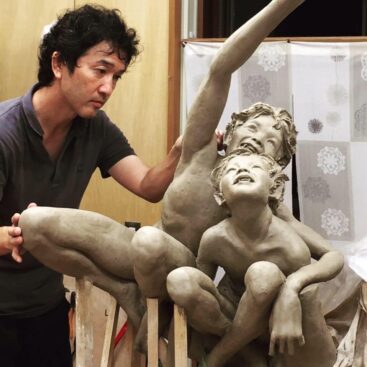 In the video Hironori... 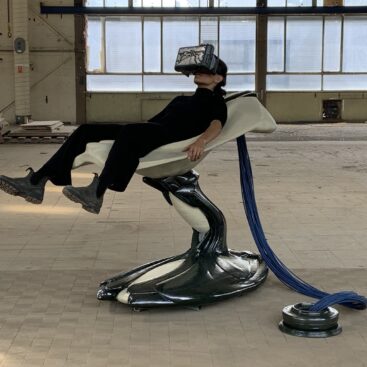 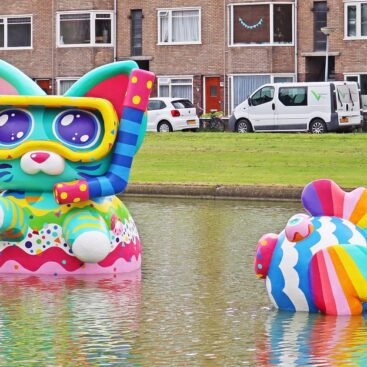 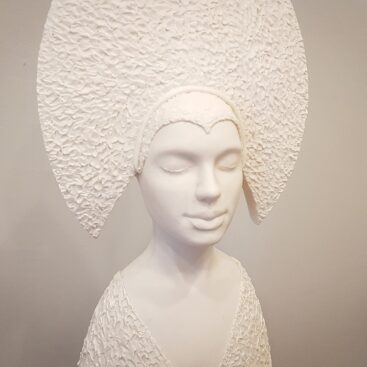 This sculpture is the... 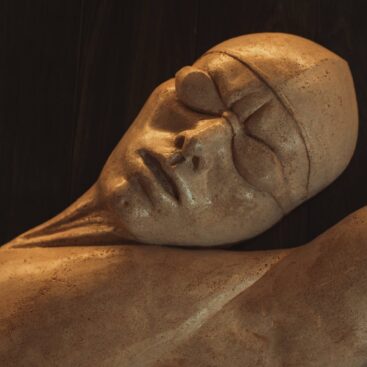 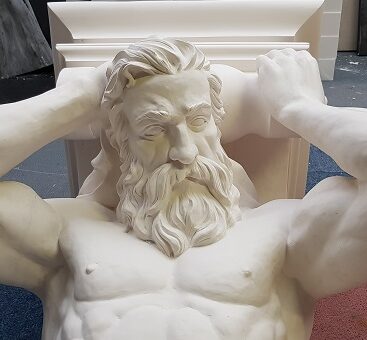 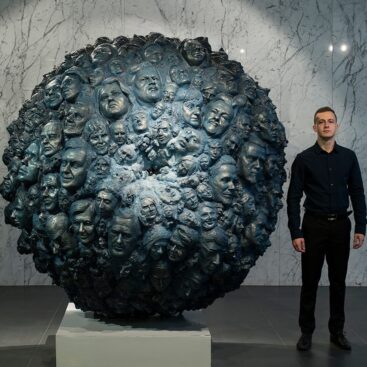 Self-portraits, made by Bartosz... 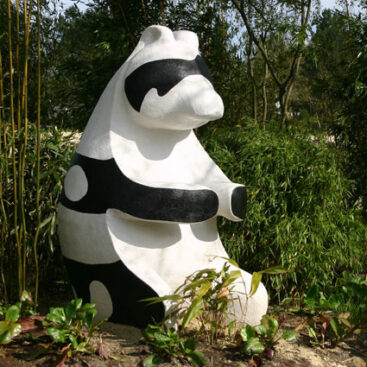 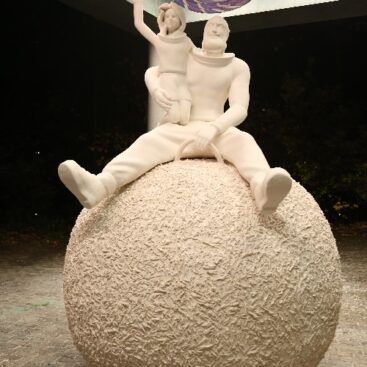 Space Refugee is a... 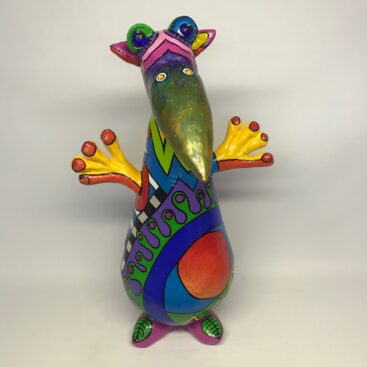 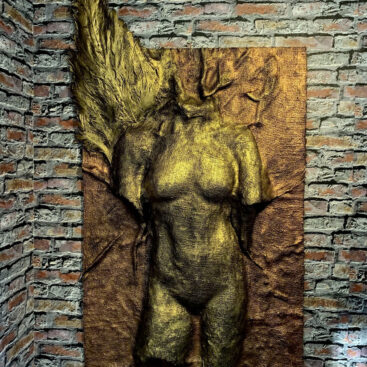 Despite missing a wing,... 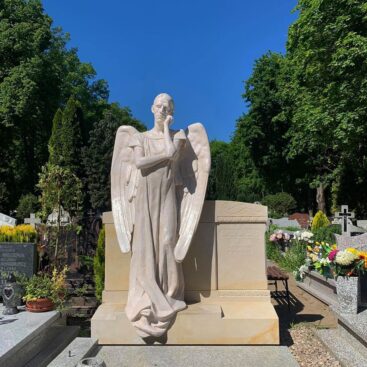 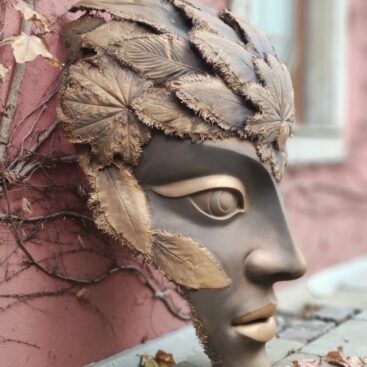 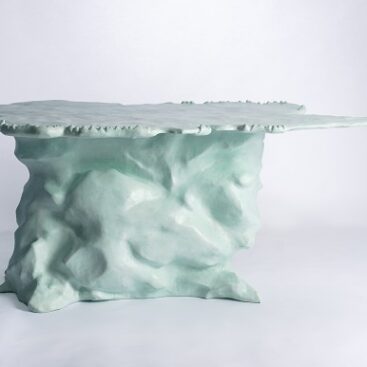 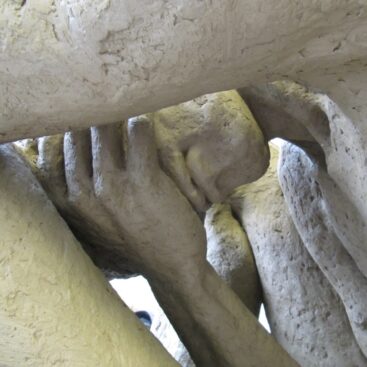 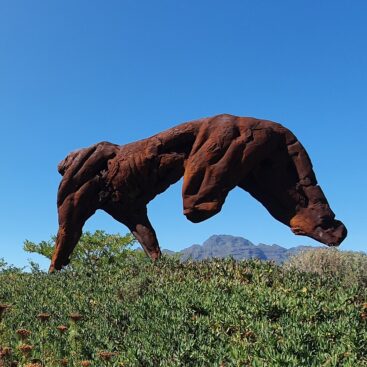 These 'Fragments' are located...